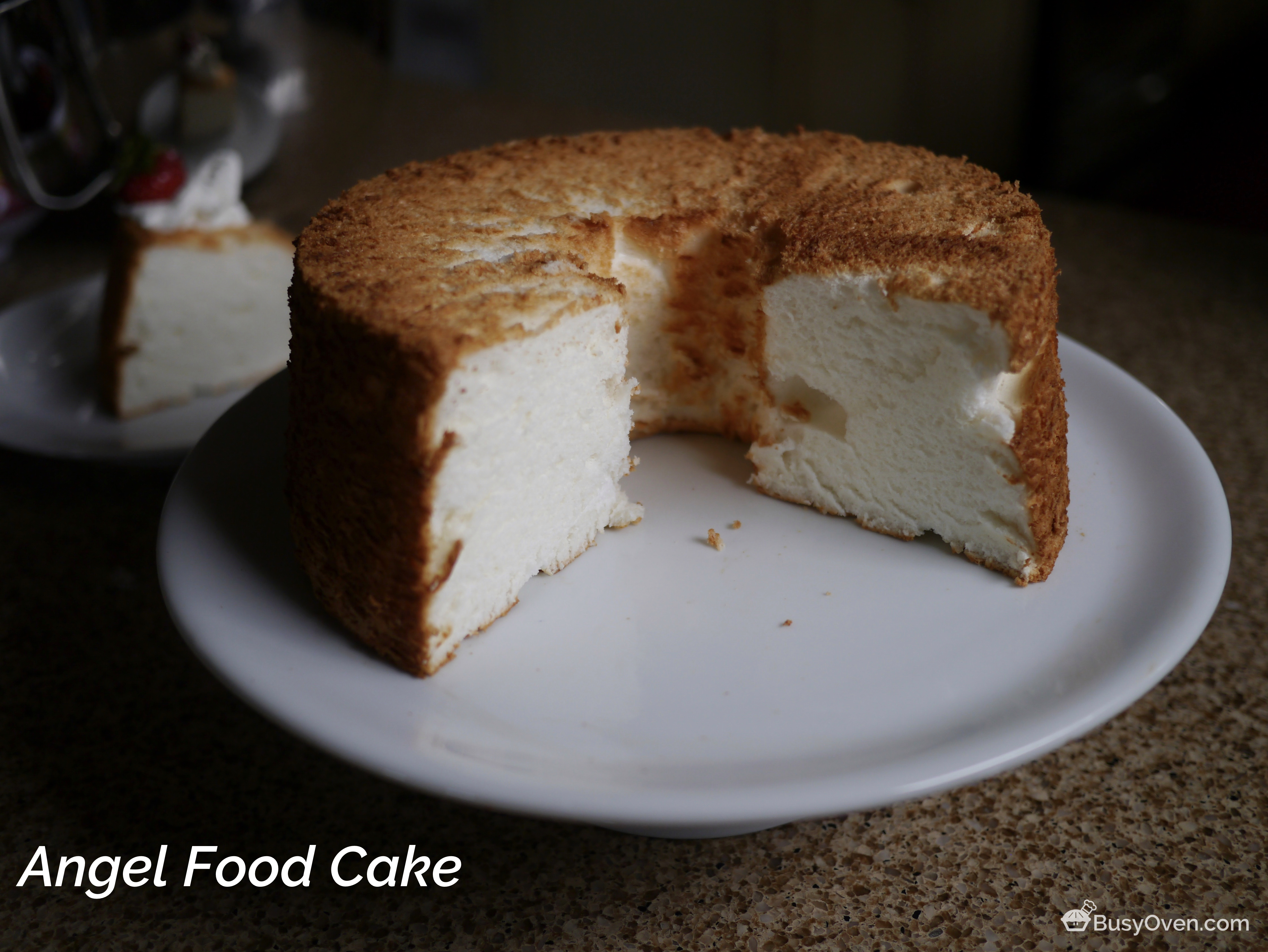 Angel Food Cake is one of my favorites because it’s so soft, airy, fluffy, and has a nice subtle sweetness to it. I found this recipe in the America’s Test Kitchen cookbook and decided to give it a try.

The egg whites will get mixed with salt, cream of tartar, lemon juice and sugar until they hold peaks.

Vanilla and almond extracts are mixed in next to give the cake. These two flavors really stand out in the final product!

The final addition is the sifted cake flour. The flour gets folded gently into the egg whites mixture.

Folding the flour into the egg whites is such a delicate process, but it isn’t anything too daunting, either.

The final batter will be smooth, fluffy, and aromatic.

Pour it into a cake pan with a removable bottom and smooth out the top. It might also be a good idea to whack it on the counter a little to allow large air bubbles to surface.

My cake baked for about an hour. At around the 45 minute mark, my house started smelling amazing!

This cake needs to cool upside-down in the pan to prevent the cake from shrinking. I simply “mounted” my cake pan on an empty bottle to cool down to room temperature.

Before removing the cake from the pan, be sure to loosen the sides with a cranked pallet knife. Do this before removing the bottom of the pan, too. When I was doing this, I felt like I was ripping through the cake, but it everything seemed to look okay in the end!

My Angel Food Cake turned out light, fluffy, and the almond extract really gave the cake some class! It paired really well with some strawberries and fresh whipped cream, too.

Sift both the cake flour and the granulated sugar before measuring to eliminate any lumps and ensure the lightest possible texture.