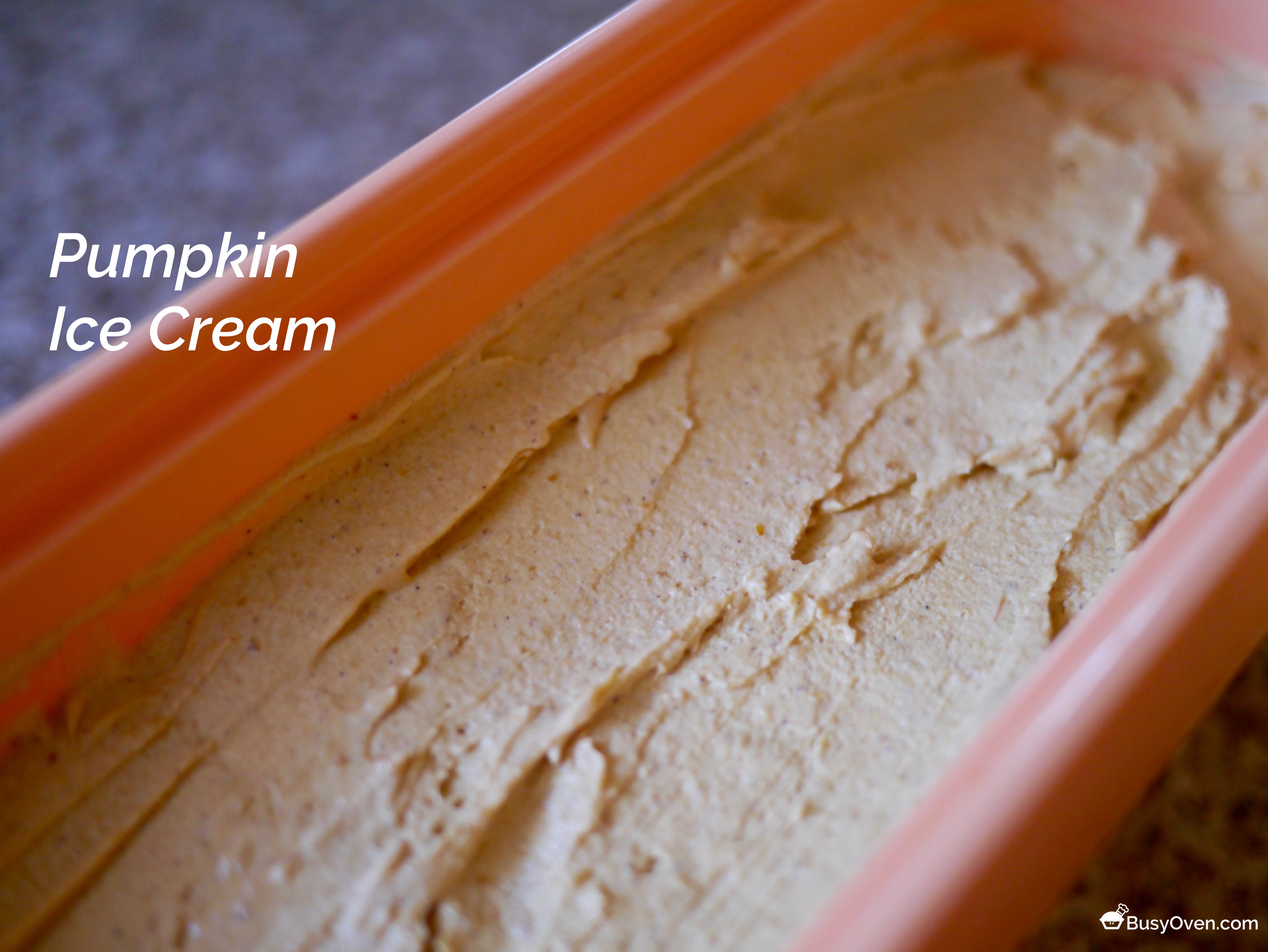 It’s been a little while since I made ice cream, but since the weather warmed up a little in Southern California the past week, I thought a cold dessert would be a welcomed treat. I decided to make Pumpkin Ice Cream not only because it’s autumn, but also because I wanted to see how many desserts this could be paired with. I know that Pumpkin Ice Cream goes well with Ginger Cake, and I just learned it goes well with a Pear-Cranberry Roll-Up Tart. I’d bet this would also go great with an apple pie or a Pumpkin Spice Latte, too.

The first step for this ice cream is to whisk vanilla extract into the pumpkin puree and let that mixture rest for a few hours. The ingredients below are for the custard that need to get cooked before adding the pumpkin mixture.

There are 2 parts to this custard: 1) the milk/sugar mixture that gets heated to a boil; and 2) the egg/milk mixture that will get tempered.

The boiling/tempering process happens pretty quickly, but it involves slowly incorporating the boiling mixture to the egg mixture, while constantly mixing the egg mixture. When the egg mixture is tempered, pour all the liquid back into the pot and cook until the custard thickens a little.

Strain the custard to ensure that there aren’t any cooked eggs or other bits in there.

Place the bowl the hot mixture is in into a larger bowl with ice water to cool faster.

This is where the chilled pumpkin/vanilla mixture is added to the cooling custard.

Whisk the custard until it’s nice and smooth. Cover with plastic wrap, ensuring that the plastic makes contact with the mixture so a skin doesn’t form, and refrigerate the custard for at least 3 or 4 hours.

When the pumpkin custard is chilled, pop it into your ice cream maker and wait for it transform into Pumpkin Ice Cream!

The only way I can describe the taste of this ice cream is as frozen pumpkin pie, but without the crust. It’s pretty ridiculous how good this is. Now that I think about it, this would make a great filling for a pie. Perhaps just bake a graham cracker crust and spread a blob of this Pumpkin Ice Cream over it. Yes, I think I’ll try that!

One thought on “Pumpkin Ice Cream”