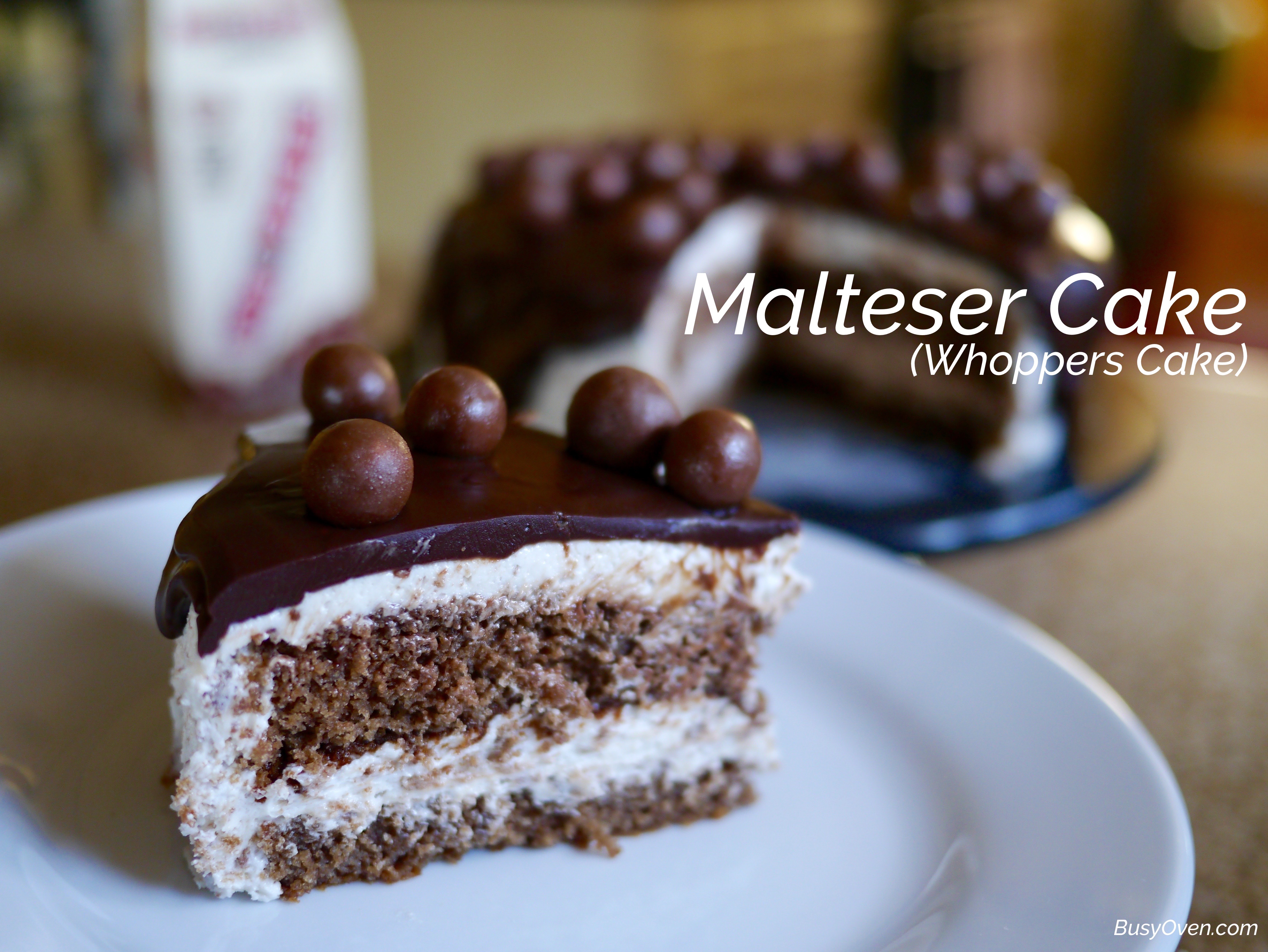 This recipe is one that was originally for cupcakes by Cupcake Jemma.  Her Malteser Cupcakes looked so good I wanted to try it out as a full-size cake; I’m glad that I did because these it tasted great! So far, all of the recipes I tried from Cupcake Jemma’s YouTube channel and her cookbook have turned out great! This cake was no exception; it was soft and moist, and the buttercream was easy to make, and the added maltesers/whoppers provided a nice crunchy texture.

The only ingredients that you may not normally have on hand are the maltesers/whoppers and malted milk powder. I forgot the eggs in the photo below.

The first step is to sift all of the dry ingredients into a mixing bowl.

The second step is to add the softened butter (it should be pretty squishy) and eggs to the sifted dry ingredients. Mix these together for about 1 minute with a stand mixer on medium-high speed.

After the batter has been mixed for a minute, add the milk and vanilla. I think it’s a time saver to combine the vanilla and the milk when preparing the other ingredients.

Mix the ingredients together for another 30 seconds. The batter will be a little runny, but that’s okay. Just make sure that everything is mixed well.

Divide the batter into 2 prepared 8-inch round cake pans. I weighed my batter to ensure the cakes will be similar in size.

I didn’t take a lot of photos after this point because opened my oven prematurely and the cakes sank. Luckily, I was able to “trim” the cakes into 2 level layers. I made the buttercream, applied a crumb coat, and then iced the entire cake after, and decided that my cake was presentable enough to continue photographing.

The chocolate ganache was made within a few minutes. I gently heated up cream and poured it over chocolate bits. It’s important to let the milk and chocolate sit for a minute before mixing; it really helps to soften the chocolate bits.

I think my chocolate ganache looked similar enough to the photo in Cupcake Jemma’s book, “The Cake Book.” I set this aside to let cool for about an hour.

I poured the chocolate ganache on top of the frosted cake and helped push some of it over the edges using my palette knife. To top it off, I plopped some whoppers on.

This cake was extremely soft and moist. The frosting was a bit sweet, but the chocolate ganache helped to cut back on the sweetness. The whoppers on top and in the icing provided a nice crunchy texture.

200g crushed whoppers (if using a food processor to crush whoppers, don’t process to the point of fine crumbs; leave some chunks for texture)