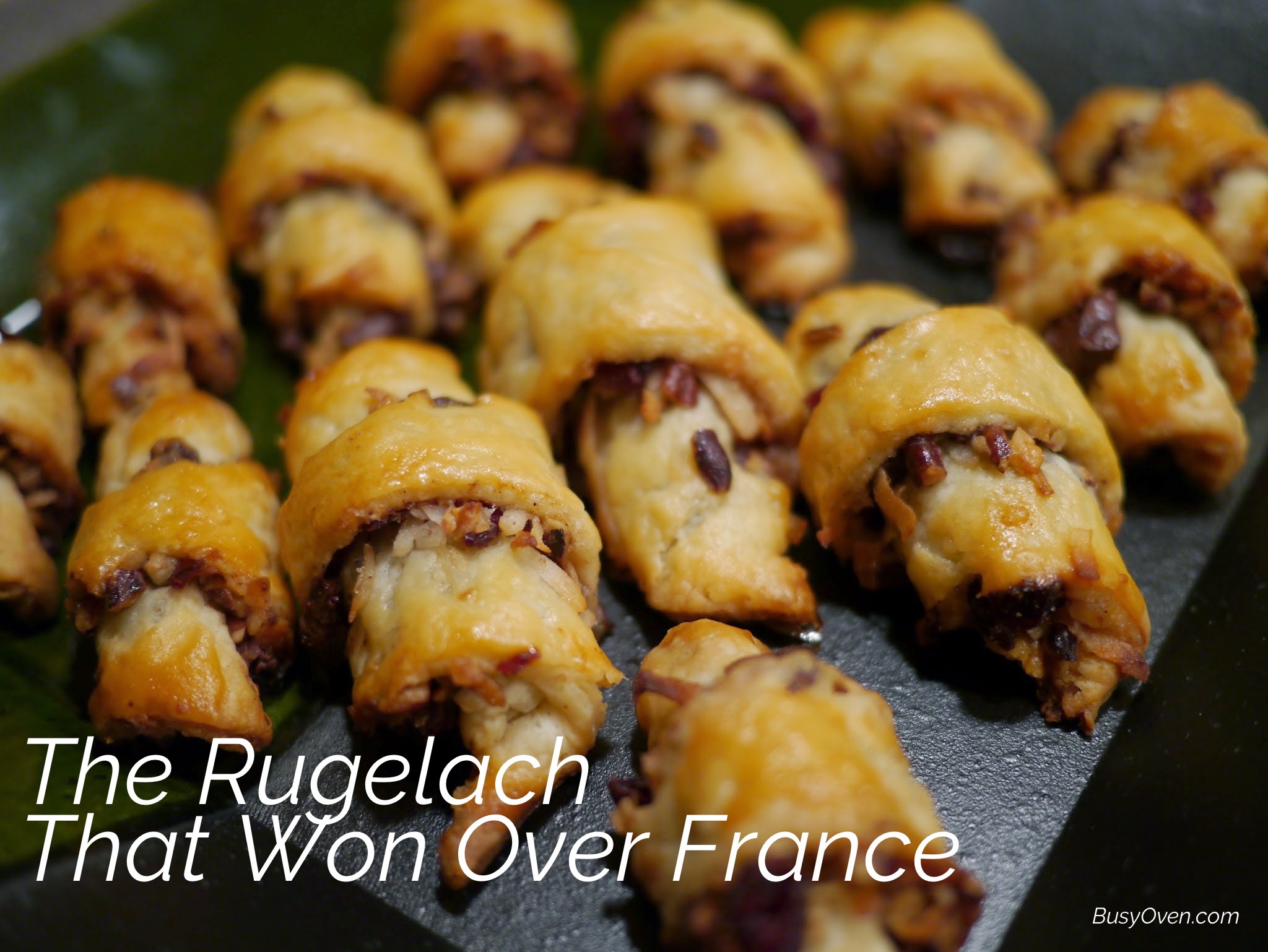 Before I purchased Baking Chez Moi, I had never heard of Rugelach.  To be honest, I’m still not 100% sure if I’m pronouncing it right (is the “ch” silent?). What I do know is that The Rugelach That Won Over France is currently the recipe of the week on Tuesdays with Dorie! I compared this recipe in BCM with the Rugelach recipe in Dorie’s Baking from My Home to Yours.  I decided to use the filling recipe in BCM and the technique in BFMHTY.

The filling seemed delicious enough: chocolate, toasted pecans, “plump, moist dried cherries” (that had me thinking a little), and some sweetened shredded coconut.

I didn’t take any photos of the dough, but at this point, it was firming up in the refrigerator.  It was such a quick dough to make! In the meantime, I had prepared my butter and cinnamon/sugar mixture.

I rolled out the dough, brushed on the butter, sprinkled on the cinnamon/sugar mixture, and added the toppings.  I had never made a pizza before, either, but I assume this is what it feels like (minus the cheese and tomato sauce).

I cut the circle into slices and rolled them up as carefully as I could. Then I brushed on some egg wash and put them into the oven.

The results: by looks alone, I’m not sure if my creations were good enough to win France over, but I thought that they tasted pretty good; the dough was nice and flakey, and the mixture was delicious! The plump, moist dried cherries were great in this cookie, and the hint of cinnamon was perfect.