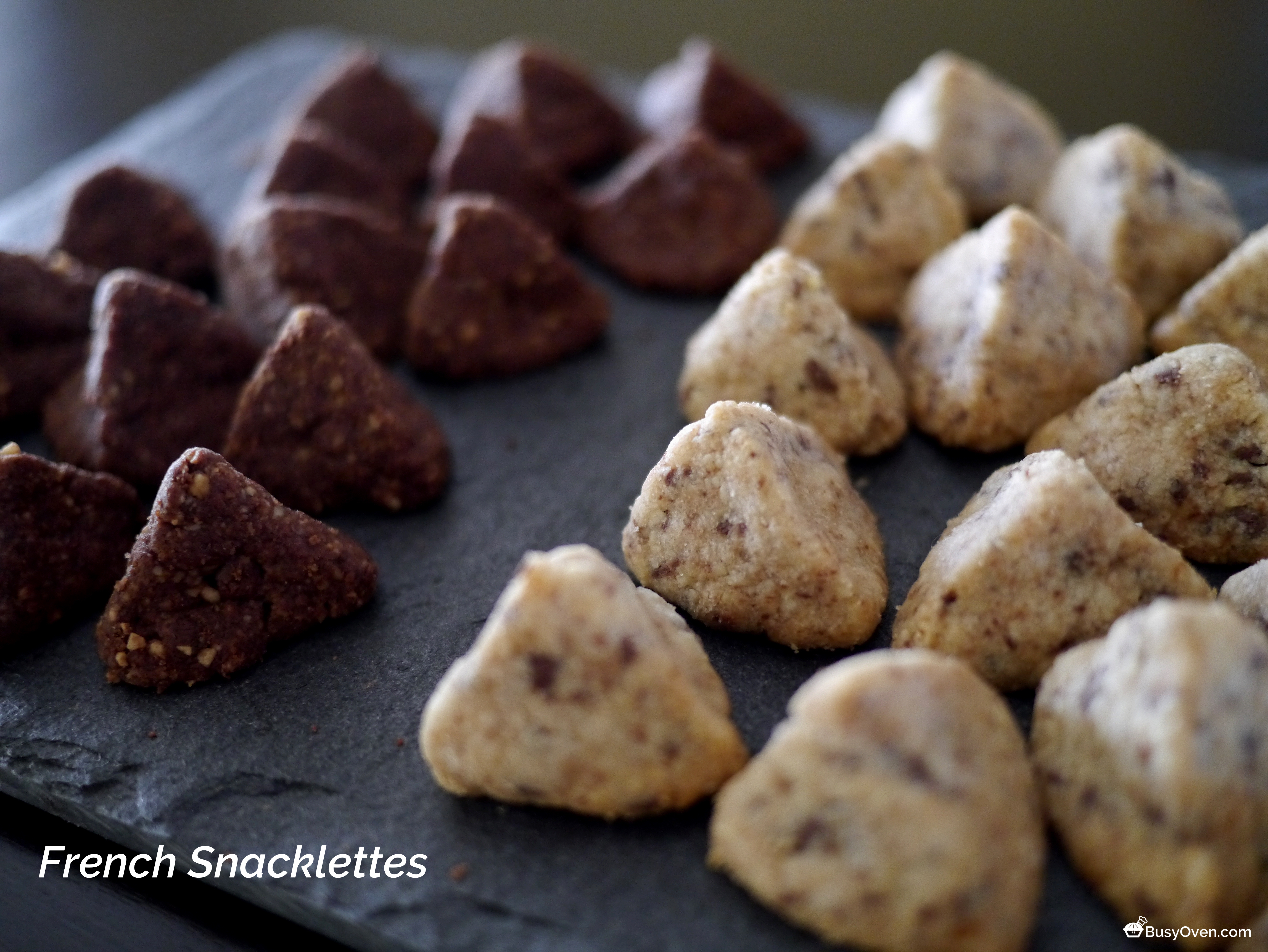 Dorie Greenspan’s new cookbook, Dorie’s Cookies, was released this week.  I went through the entire thing the night mine came in the mail and I couldn’t wait to get baking! One of the recipes that caught my attention was for the French Snacklettes. Dorie received this recipe from Arnaud Larher (a Paris pastry star) about 20 years ago. The appeal to these cookies are their unconventional shapes and the almonds and chocolate chips that give them a bit of texture.

The first step was grounding the almonds and sugar together in a food processor.

Cocoa powder, flour, salt, and cinnamon were added to the almond and sugar mixture, and whizzed around a little.  Cold butter was added into the mix.

The butter/flour was mixed until they looked like wet sand; when pinched, the crumbs stayed together.

The dough was scooped out one teaspoon at a time. You can shape the French Snacklettes however you want, but I liked the idea of having pyramid-shaped cookies; Dorie wrote that she likes a “haphazard look” for these French Snacklettes.

Dorie’s Cookies has “Playing Around” notes in the margins, and this recipe has notes for Vanilla French Snacklettes. I decided to make them since this recipe was so quick (I also wanted to see which flavor I would enjoy more). There was another bit of inspiration for making both flavors: a very famous wig!

It’s Halloween time, I had a Sia-inspired pumpkin sitting on the dining table, and the chocolate and vanilla flavored French Snacklettes reminded me of Sia’s wig.

French Snacklettes recipe is on page 165 of Dorie’s Cookies by Dorie Greenspan.