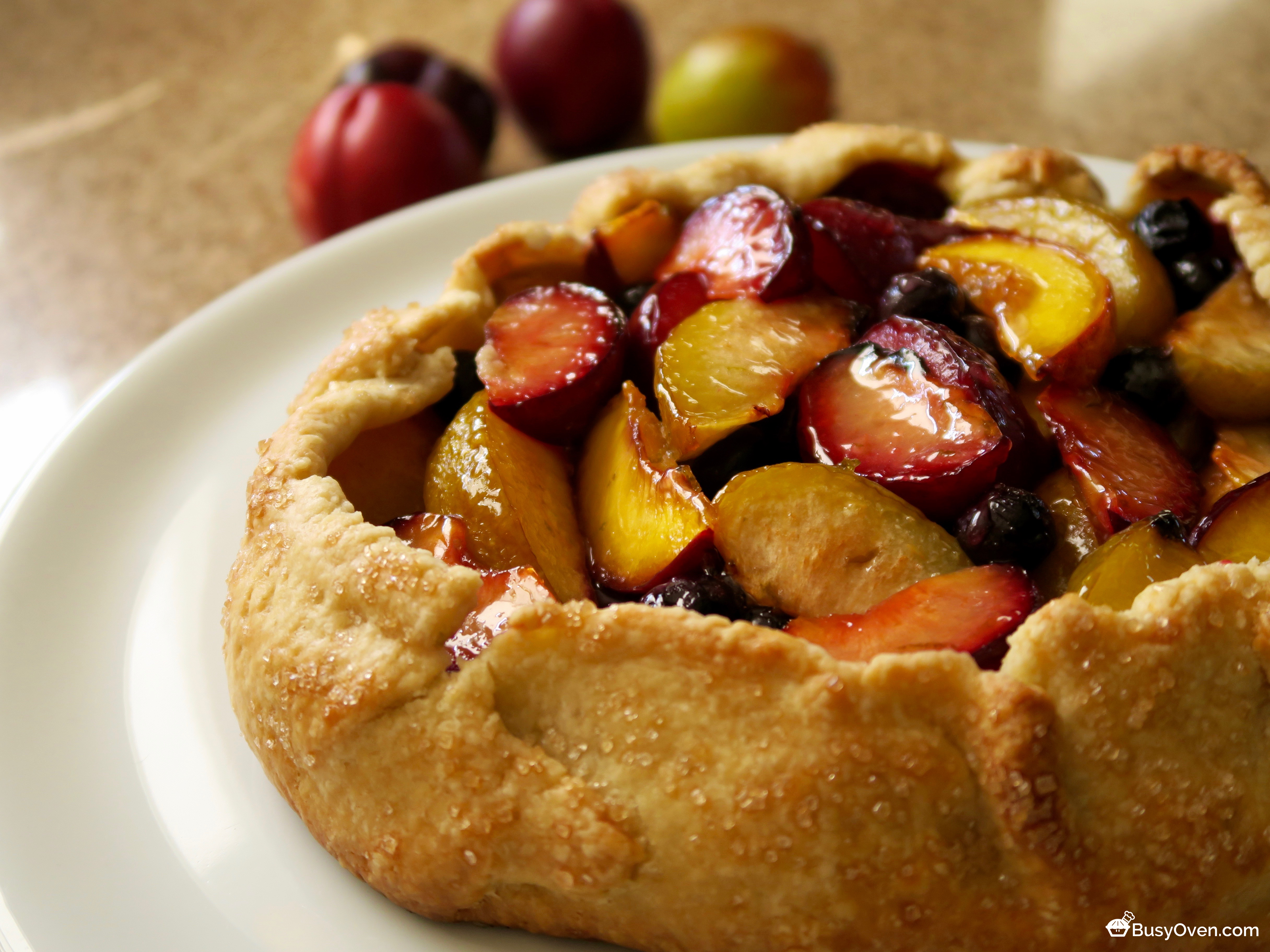 It’s definitely summer! The heat has been in full force, and the summer fruits have made their presence in farmer’s markets and grocery stores! I actually baked this Summer Market Galette more than a month ago as part of a Tuesdays with Dorie post, but I missed both post dates (procrastination)! On the bright side, I’m still posting this while it’s still summer!

Back to the galette! This recipe comes from Baking Chez Moi by Dorie Greenspan. It’s a great way to combine summer fruits into your favorite crust! I used some nectarines, peaches, plums, and pluots along with some blueberries in my Summer Market Galette. Dorie also added some fresh ginger and lime zest to the recipe; this really added some zing to these fruits!

Since these fruits were pretty juicy, Dorie said to lay crumbs down on the crust so that the juices from the fruits would absorb them. I broke some Nilla wafers and spread them on my crust.

I cut the fruits and mixed them with some sugar to draw out some of the liquid. I didn’t need to add a lot of sugar since my fruits were pretty ripe already.

After letting the fruit and sugar rest, I placed them over the crumbs.

I folded the dough up so that it hugged the fruit. I was afraid that the dough wasn’t going to stick to the fruit because they were wet, but things fell in place after the third fold. Then I placed some butter cubes on the fruit, because butter makes everything taste better! The crust was brushed with water and I sprinkled with some turbinado sugar for a nice crunch.

The crumbs did a great job soaking up all of the juices from the fruits; the bottom of the crust did not turn out to be soggy at all!

This was a simple dessert to make. Galettes are actually pretty fun to make because there is no need to transfer pie dough to a pie pan! Free form doughs also give a more rustic look, too. This is easily one of my new favorite summer desserts!