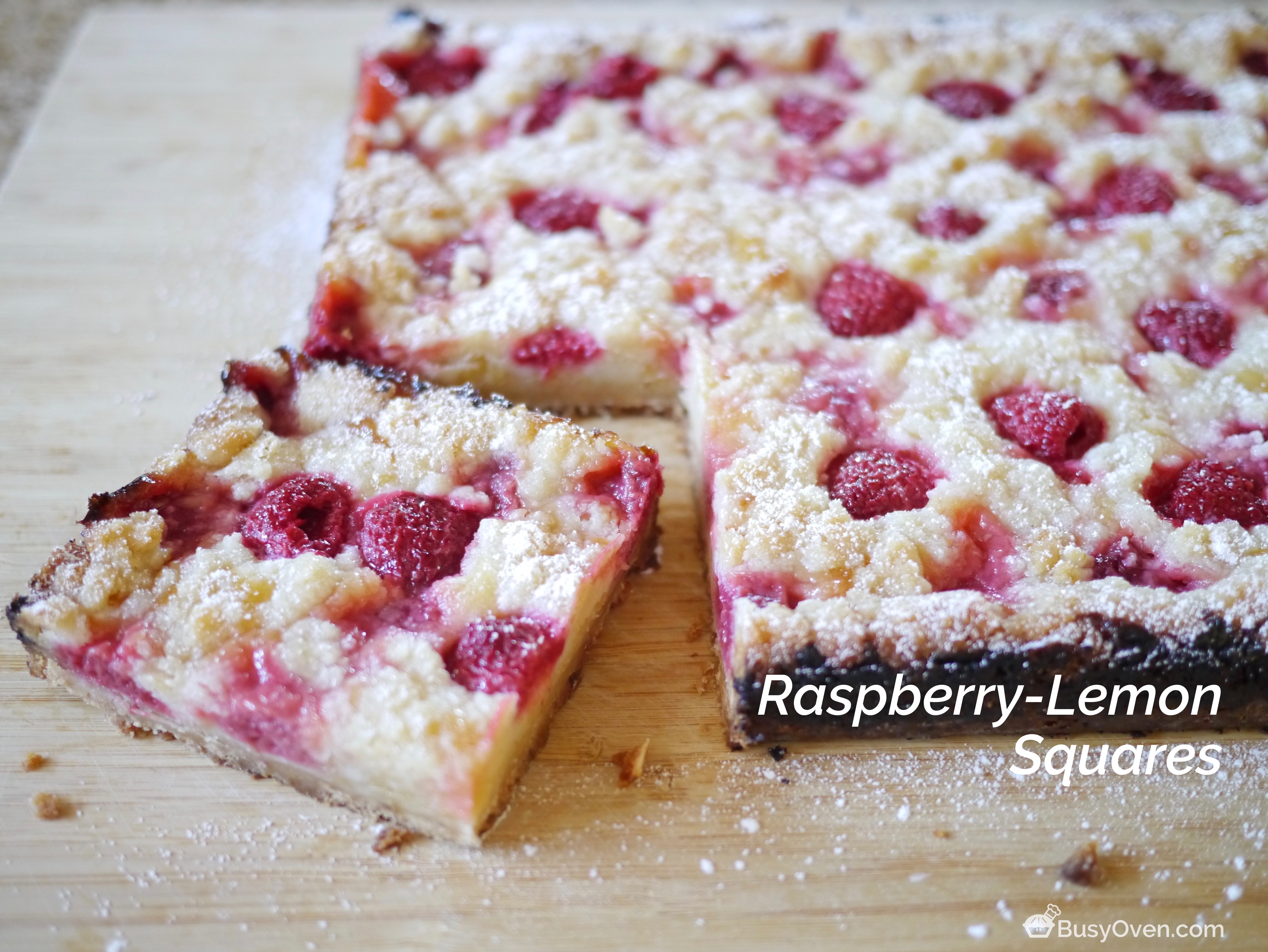 This month the Tuesdays with Dorie group got to choose between baking Lemon Squares, French Style and a Fluted Carrot-Tangerine Cake with Tangerine Glaze in any order. Since I already made the latter, it was time to make some lemon squares! I decided to bake Raspberry-Lemon Squares, which is basically a spin off of the Lemon Squares recipe in Baking Chez Moi.

Lemons have a great sunny taste that become even more special when paired with the deep flavor that raspberries bring. I was inclined to make these Raspberry-Lemon Squares when I first saw them featured on the Driscoll’s website.

The lemon curd filling requires a lot of butter. In fact, the recipe called for so much butter in the curd that I felt like it was a little ridiculous; I ended up omitting 2 tablespoons of butter for my arteries’ sake and I think the taste and texture of the lemon curd both turned out fine.

The lemon curd came together nicely, even without all 18 tablespoons of butter! It thickened after being whisked constantly on the stove at around the 5-minute mark.

I sprinkled raspberries over the Raspberry-Lemon Squares crust I had made while the lemon curd chilled in the refrigerator, and then poured the curd over the raspberries.

After smoothing out the lemon curd, I pinched bits and pieces of crust dough and littered them all over the top of the soon-to-be Raspberry-Lemon Squares, then put the pan in the oven to bake for about 45 minutes.

I added another cup of fresh raspberries to the top of the Raspberry-Lemon Squares midway through baking. Towards the end of baking, the lemon curd really started to bubble up and caramelize at the edges.

I dusted the top of the Raspberry-Lemon Squares with a little bit of confectioner’s sugar.

The crust turned out great! It was crunchy and buttery, and it complemented the bright lemon and raspberry flavors.

The part that was tricky was determining when to take the pan out of the oven; I was waiting for the tops to brown a little more, but I didn’t want to burn the curd because they started to bubble a lot on the sides. From the looks of it, it seems as though I charred the edges; thankfully, these squares didn’t taste burnt (at least not the part I ate)!