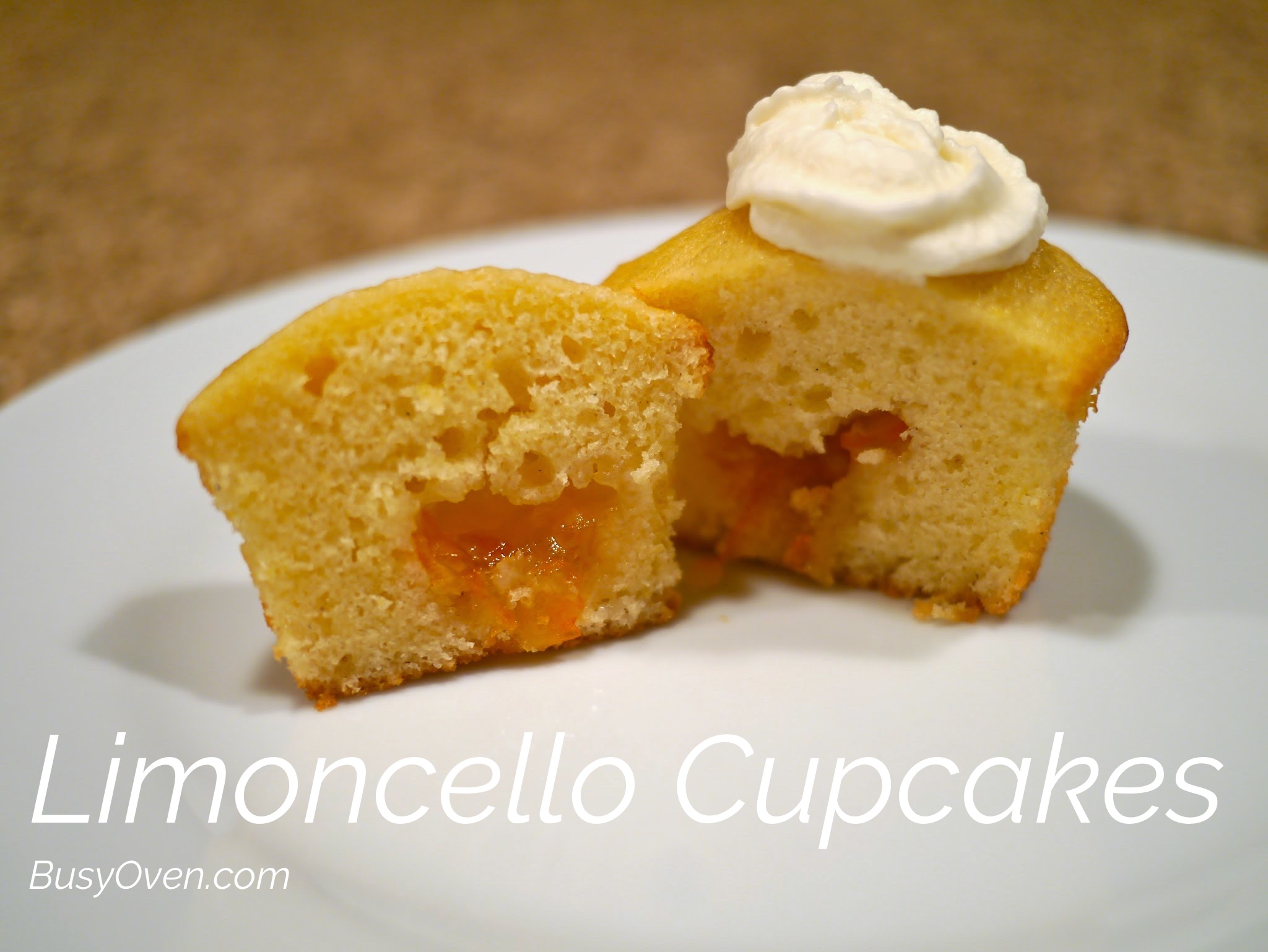 One of the Tuesdays with Dorie recipes for this month is the Limoncello Cupcakes recipe in Baking Chez Moi. Coincidentally, I had a lot of lemons to use, but ironically, there was only a need for one lemon… The Limoncello gives these cupcakes most of its flavor.

The only ingredient that I needed to go out and really search for was the Limoncello. This was my first time using it, so I went into this blind – not knowing what these cupcakes would taste like at all (I could only assume these would taste like lemons).

The first step is to rub the lemon zest and sugar together.  This creates such a great smell.

Next, add some Greek yogurt.

After the yogurt is mixed with the sugar, add eggs, and then some Limoncello.

Mix in the dry ingredients.

Then cover the marmalade with the remaining batter.

Once they come out of the oven, these cupcakes get a nice Limoncello/simple syrup glaze. I brushed them on while they were still hot.

After they cooled down to room temperature, the cupcakes got a little bit of Limoncello butter cream piped on.

The verdict: I think they tasted good. The Limoncello flavor was very surprisingly very subtle. I don’t seem to have the best luck making cakes and cupcakes; this batch turned out a little dry. Perhaps I could have been more heavy-handed on the glaze or underbaked them a little. I might make them again since I have all that extra Limoncello.