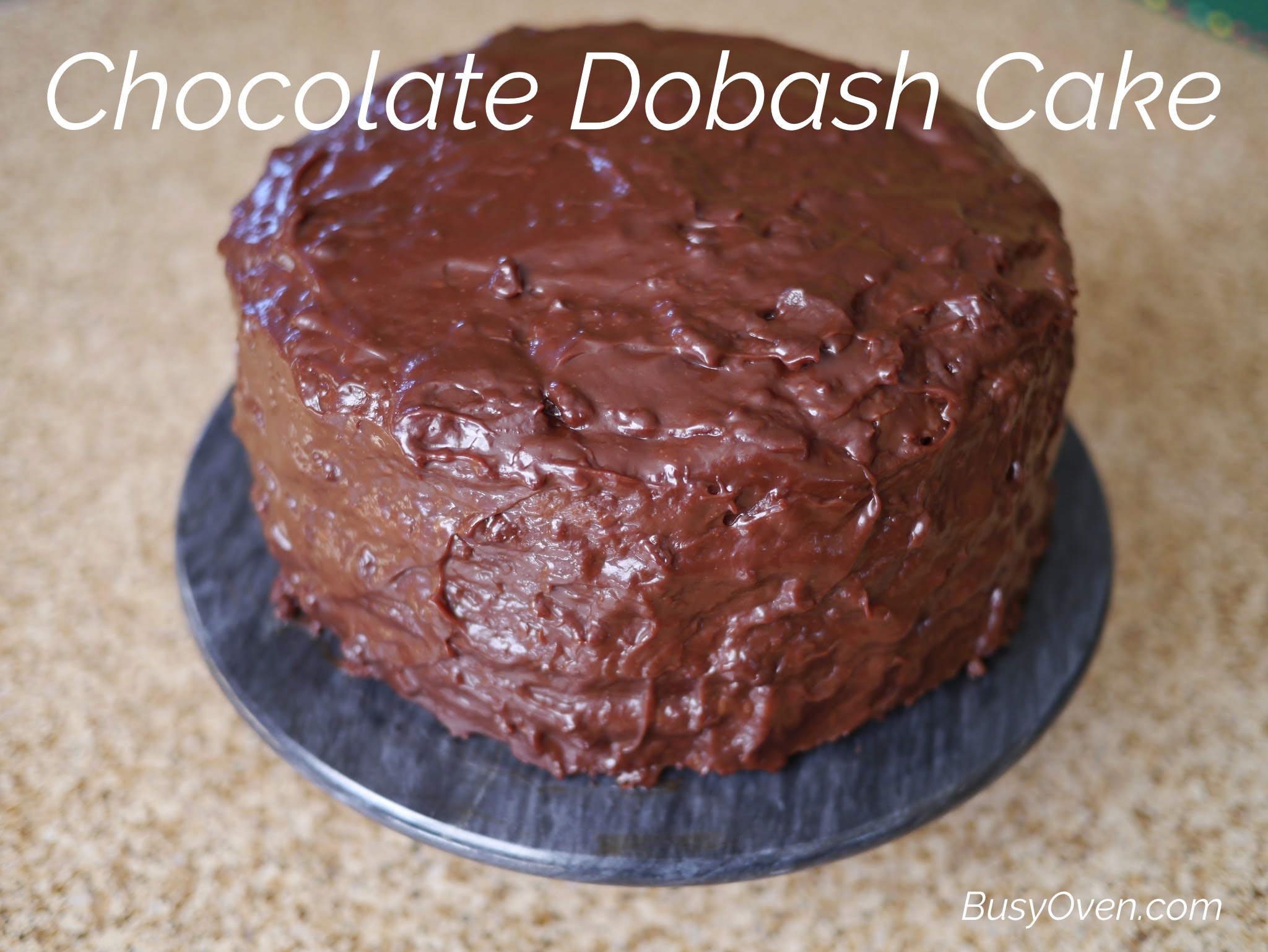 I know I just made a chocolate cake, but I wanted something that was a tiny bit sweeter and fluffier. I decided to try my hand at a Chocolate Dobash Cake, Hawaii style.  It has layers of cake and pudding-like frosting that is light and delicious!

Surprisingly, this cake does not require a lot of ingredients. I think the most important thing to have is good cocoa powder, though, because that is the dominant taste of the cake.

The first step is to combine and whisk all of the dry ingredients. The recipe says to sift them, but I find that whisking does a good job of de-lumping and incorporating everything.

Meanwhile, I started making a meringue.  This step is key for the fluffy and light texture of the cake.

While the meringue formed, I added oil and half the milk to the dry ingredients.

After the oil and milk were mixed in, I added the other half of the milk and the egg yolks to the batter.

At this point, the meringues were done. I saw that they formed stiff peaks.

The next step was to carefully fold in the meringues without losing too much of the air that was just whipped in.

When everything was mixed together, they were poured into two 8-inch pans that I buttered and dusted with cocoa powder (instead of flour).

Wanting even layers, I got my scale out and weighed the batter. I’m glad that my 8″ pans are more equal in weight than my 9″ pans!

After baking, I pulled the two cakes out of the oven and cut them both in half.

I ran into a small issue. I flipped the cakes out of their pans and onto cooling racks to cool, but the tops of the cakes got stuck in the racks because they were so soft and moist. I had to perform a little surgery and slice off the top of one of the cakes. It made for uneven layers.

While the cakes cooled, I made the frosting. It was bringing all of the ingredients to a boil and cooling them in the refrigerator for a few minutes. It was very simple and very delicious.

This Dobash cake reminds me of chocolate pudding, in cake form (because of its moist texture), topped with chocolate pudding! I forgot to take a picture of the inside, but there were 4 [uneven] layers. The crumb of this cake was very moist – they were so moist that I couldn’t use them to decorate the sides and top of the cake because they just clumped into unappetizing balls. Overall, this Dobash cake was very tasty and simple to make. It was a lot cheaper to make this cake myself than to buy it in a bakery, too! That’s a win for me!

» Frosting (Note: doubling this is recommended):

*NOTE: I needed to double the recipe when I made this. The following recipe did not yield enough to cover all of the layers and the outside of the cake. The following includes the original recipe quantities.