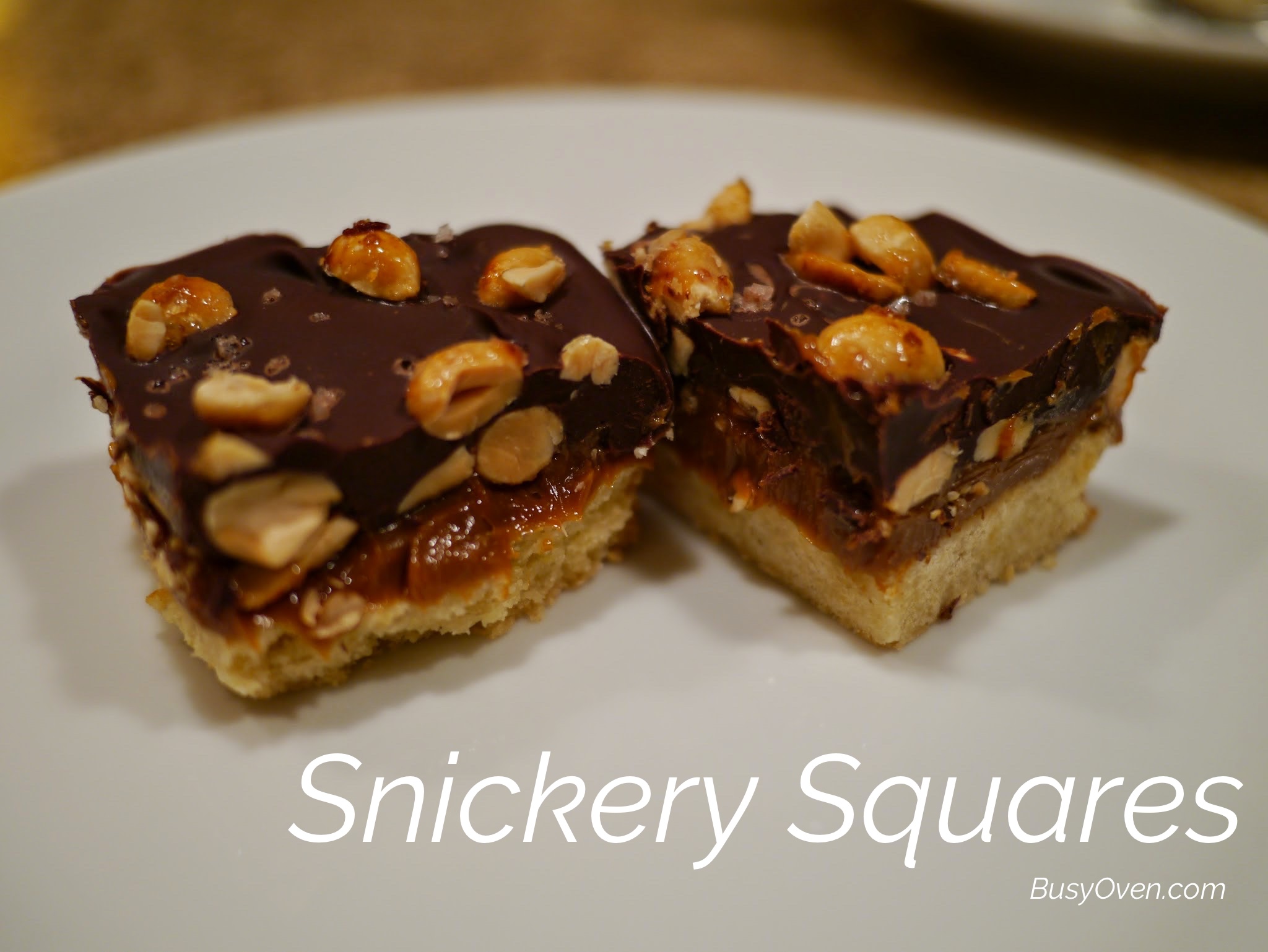 I felt like taking a short break from Baking Chez Moi, so I started going through Baking: From My Home To Yours. I came across the recipe for Snicker Squares and immediately started drooling. It might have been the mention of dulce de leche or it might have been the candied peanuts. Either way, both the photo and the recipe caught my attention and made me want to eat it.

First up was making the base of the squares. Like the Crispy-Topped Brown Sugar Bars, the base was like large shortbread cookie. I just baked this and let it cool while I started the next steps.

Next up was candying peanuts. There’s something about candied nuts that I can’t resist. It could be the additional crunch you get, the extra sweetness that goes so well with the saltiness from the nuts, or it could be the golden color from all of that caramelizing.

After the candied nuts were laid on the layer of dulce de leche, I spread some melted chocolate on top of that layer.

They turned out well! The hardest part was cutting these.  I didn’t use a warm knife to cut through the chocolate, so some of the top layer cracked. It still tasted great, though!

Snickery Squares recipe on page 120 of Baking: From My Home To Yours.