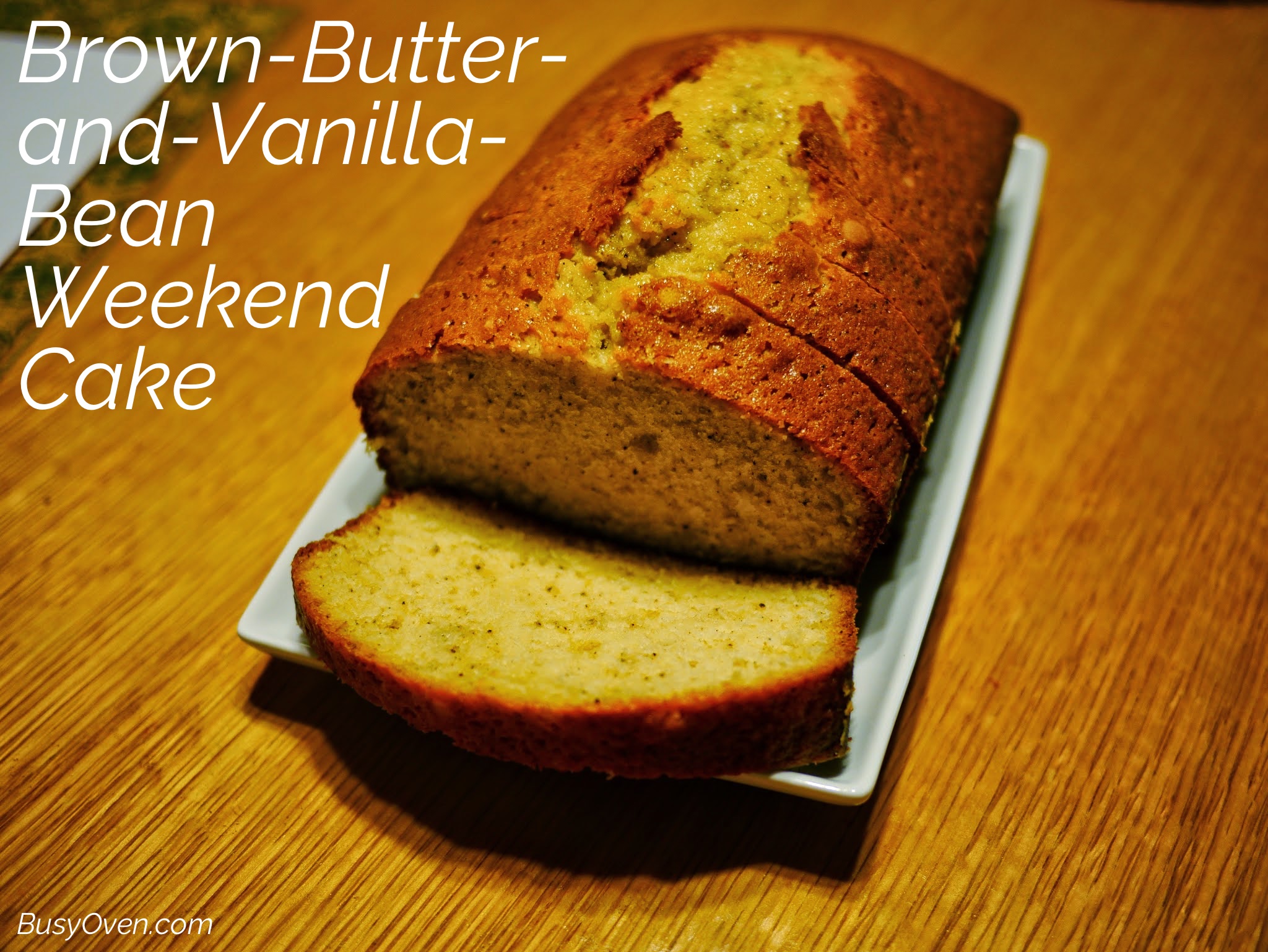 This week’s Tuesdays with Dorie recipe is the Brown-Butter-and-Vanilla-Bean Weekend Cake. It is the very first recipe in Baking Chez Moi. It doesn’t require many ingredients, but it makes a pretty tasty cake. I think that the rum was a little overpowering for my taste, so if I were to make it again, I’d omit it completely.

I liked the blurb that accompanied this recipe where Dorie stated that “when the French say the word cake, they almost invariably mean a loaf cake. The word gâteau is usually saved for round cakes and for fancier cakes — except when the cake in question is a gâteau voyage, a ‘travel cake.'”

Being the first recipe not only in the book, but also the “Simple Cakes” section, this really was an easy cake to put together.  All I did was combine everything and hope for the best! Brown butter smells so good…so does vanilla sugar…

Luckily the results were pretty good.

I like seeing the specks of vanilla beans in this cake. It was a very fragrant cake, and it had a nice taste to it. Dorie said that European cakes are not as moist and fluffy as their American counterparts, so keep that in mind if you plan on making this cake.